I have been applying for journalism jobs since moving to Des Moines a few months ago for my husband’s new gig. I’m increasingly eager to get back to work, but I’m also reminded of a conversation I had with my former boss in which we talked about what we would do if we won the lottery, which was around $300 million at the time. In a response inspired by Seinfeld, I answered, “nothing.” I would not set my alarm. I would read all day. I would write angry letters-to-the-editor into my local newspaper. My boss, unimpressed with my answer, countered: “But you would be so bored.”

Turns out, he was right. 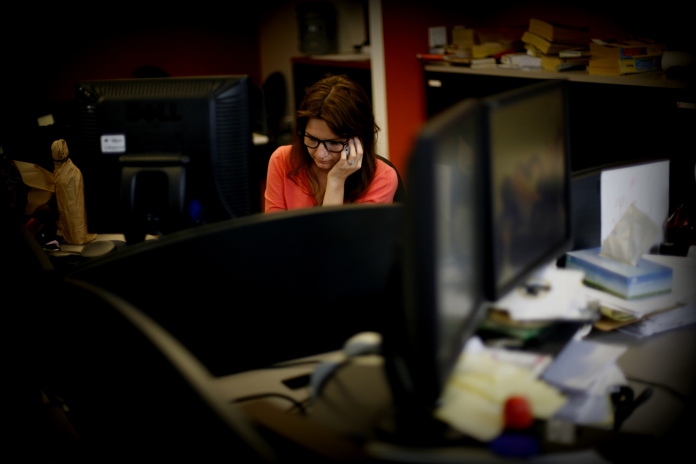 While I’m not exactly doing “nothing,” it does feel a bit like nothing compared to my previous job, which included stressful nine-hour shifts monitoring and reporting breaking news. Now, my days are mostly spent looking for jobs, updating my photo blog, going to the gym and looking after our dog, Buddy. Thanks to Netflix, I’ve also finished every episode of the sitcom “Frasier,” and while I’m loving Kelsey Grammer’s warmth and comedic timing, I just can’t bring myself to have “Cheers” in my recently watched queue. One of my closest friends has started to jokingly refer to me as a “lady of leisure.”

It’s a predicament that has turned a mundane question “What do you do?” into a panic-inducing ultimatum. The asker may simply be curious, “How do you spend your time?” while all I hear is “What do you have to show for yourself as a contributing member of our society?”

ion has paralyzed me in a way I didn’t expect, mostly because I’ve never really been in this situation. I’ve had a job since I was 13 (awkward teenage photo to the left.)

There was a brief hiatus a few years ago when, at the age of 25, I spent half a year traveling through Central America, but I was also enrolled in an intense language course and was working as a bartender the entire time I was there.

I got my first job the summer before I started high school. That was when my mother drove me to the nearest town and enrolled me in a government employment program for teenagers (and yes, I realized this may sound like something out of the Dust Bowl-era but this was northern Idaho in the 1990s). I spent that summer working as, what amounted to, an underage janitor at a public school in Weippe, a prairie town best known as the site where Lewis and Clark encountered the Nez Perce. Instead of cleaning I was instructed to just add more paint to the smudge-covered walls. I wiped down windows. I waxed and buffed gym floors. It is the only time in my life I can remember actually listening to country music because, with the crummy reception, the only alternative was Rush Limbaugh and being a product of the seen-and-not-heard style of parenting, Rush’s bellowing voice and frequent yelling put me on edge. 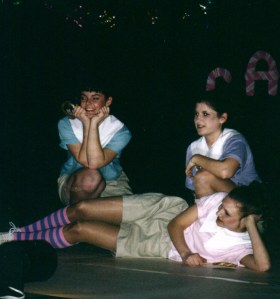 I think the work program was just my mother’s way of preparing me for the horrors that awaited me in high school, and I didn’t have the heart to tell her that I wasn’t cool enough to be offered any drugs or invitations to the, what I assume were “raging,” parties held in the nearby forests.

(sadly, things did not get better, as shown in this photo of me,in striped socks, performing in our high school’s production of “candyland.”)

Whatever my mother’s intent, I loved it. I loved being busy. I loved ticking off the hours until I could stop breathing in the horrible cleaning fumes and go home. I loved earning my own money.

After two summers in the government work program, I explored the hospitality industry, which means I spent two summers trudging from my sister’s home in Post Falls, Idaho to a nearby Sleep Inn, where I was the youngest person on the  housekeeping staff by about 20 years. The head housekeeper was a woman named Sarah who took her hourly smoke break with military precision and had a laugh that could rival a diesel engine. She was also so kind to me, I didn’t care that most of her teeth were missing.

I cleaned around a dozen rooms on an average day, racing from bed to bed as a soap opera blared from the television. Other girls my age were probably at the mall or listening to music in their bedrooms. I was scrubbing down bathroom floors and wondering if Cassie on One Life to Live was ever going to end up with Kevin Buchanan. I was 15. I convinced my sister Debbi to join me the following summer, though I forgot to tell her about the lower back aches that came in the afternoon. I think she felt particularly duped when we returned to our cleaning cart one afternoon to find a note reading: “Toilet clogged in room 211, please fix.” 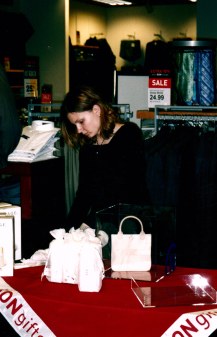 In college, I worked nights and weekends at a department store in the local mall. I was stationed in the department store’s “intimates” section and typically refer to this as the time I was a bra fitter. Because that’s what I did, or at least what I was trained to do during a six-hour course in Seattle, of which, the only thing I remember is being told that we were the real specialists and those ladies at Victoria Secret with the pink measuring tape around their neck were, in a word, frauds.

(I have no idea why this photo of me working at said department store exists, if only to prove that I actually worked there.)

What they did not tell me was most of my job would entail of trying to keep teenagers from stealing the new Calvin Klein underwear by taking them into the dressing room, tearing off the tags, and wearing them home. Yes, our loss and prevention guy had his work cut out for him, walking that delicate line between trying to stop actual theft and being accused of sexual harassment.

And then, finally, my first job in journalism, a summer internship at a small newspaper in Lewiston, Idaho. I covered mostly parades and Lewis and Clark re-enactments, but I was hooked. I didn’t want to do anything else.

my first letter from a reader … 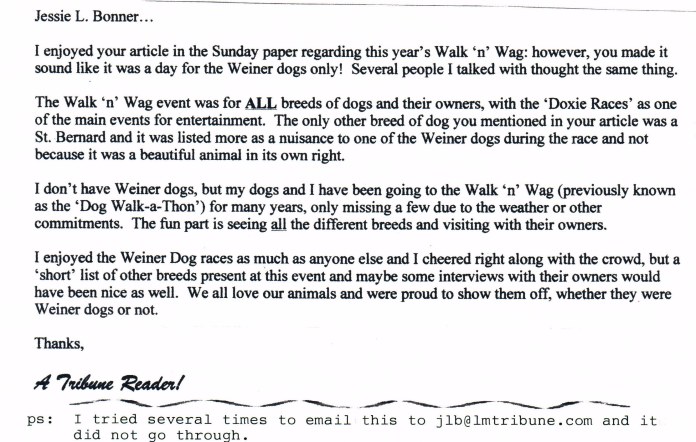 There were a couple other odd jobs, a stint at a Starbucks that I’m probably banned from after I quit by leaving my boss a Post-it note. It was a move stolen from the Sex in the City episode where Carrie’s boyfriend Jack Berger dumps her by leaving behind a Post-it that read: “I’m sorry, I can’t. Don’t hate me.” In the case of the Starbucks boss, I was pretty sure he was going to hate me no matter how I left, and the feeling was mutual. This was a guy who once told me that my latte foam needed to be able to hold a quarter, A QUARTER.

It’s been eight years since I first called myself a journalist, and I’m still hooked, and like I said, eager to continue on my path, even if it looks much different than it did when I started. Then, I couldn’t imagine not working for a daily newspaper, but I’ve since worked for two different news wire services and in my most recent job, I wrote mostly for online news outlets.

I have to fight back discouragement as I come to terms with the fact that there are more of us now, fighting for fewer positions, all of us trying to show how useful we are in this brave new technology-driven world.

I learned something from each of these jobs I’ve mentioned, and chief among them is that strange little word that means so much right now in our profession: Versatility. You can no longer just be a writer, you need to be able to shoot photo, and video, and do it all at once. You need to be hungry to learn and quick to catch on, because standing right behind you is a recent graduate who has been well-schooled in multimedia and has a lot less to choose from than you did when scouring journalismjobs.com for postings.

Yes, it can be hard to stay positive, but I also have to think that a former janitor-housekeeper-bra fitter-barista has enough versatility to put themselves over the edge.